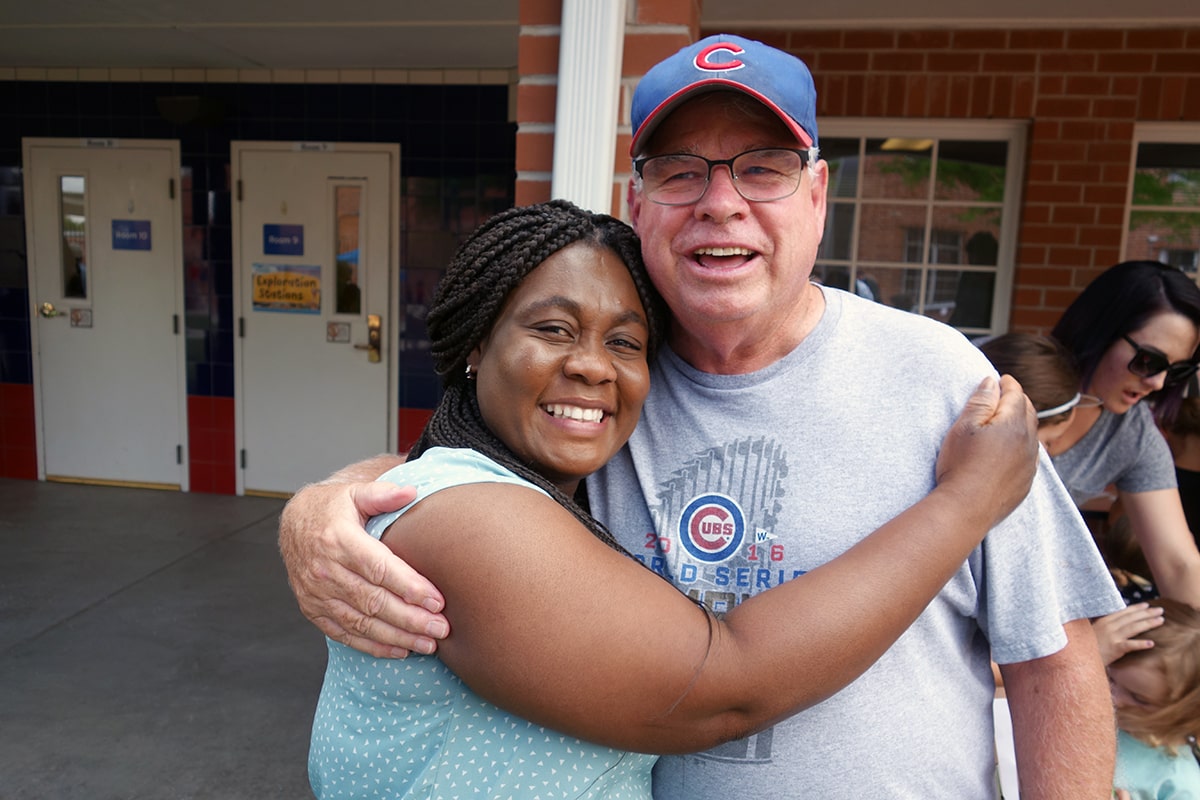 Northminster Presbyterian Church is joyful and alive in Christ!

We seek to offer the grace and love of Jesus Christ
in word and deed.

We strive to be faithful and centered in God’s Holy Word.

Northminster is a joyful and alive multigenerational, multicultural church in the center of the Old Pueblo. With excellent kids' and student programs, Bible-centered teaching, and a congregation with a heart for our Tucson community, there’s a place for you here.

(Where we want to go)

To equip every generation to know Jesus and demonstrate His love to those they know.

(What we are doing to get there)

To grow people in Jesus to connect others with Jesus.

To bring people to Jesus.

The Bible is the book that is unique and inspired by God, to guide us in his will and way to salvation. In short, this is God’s holy revelation given to teach us what to believe and how to live.

The Trinity is the eternal and living God who exists as one God in three persons. The Father and the Son (Jesus Christ) and the Holy Spirit are eternal realities of how God operates; they share the same substance and exist as one in the Godhead.

We only know about God because God reveals himself to us and in us. God is the living force of life and peace, who acts in creating life and all there is, sustaining life, and additionally, offering us healing and hope beyond death.

Jesus of Nazareth, a Palestinian Jew, was given to us by God as completely human, but also fully divine—to be the Messiah for this world. That means that, in Jesus’ life and ministry on earth, and in his dying for us and rising again, we are offered salvation and new life, to live in his peace and presence always, and to serve his purpose of saving love for others.

The Holy Spirit is a person, who is a part of the Trinity. The Holy Spirit points us to Jesus, and inspires and guides us to begin living in new ways that are in God’s peace and for God’s purposes.

Baptism is an outward and watery sign used in church to signify God’s inward work of forgiveness and making a new start, in a new way of living. It’s also a symbol in worship about how God links us with each other in a covenant faith community of Jesus’ love and care.

This is a word for being rescued from the poisonous, deathly effects of selfishness and sin. God’s will is that we are saved and made whole. Salvation is a central part of Jesus’ mission, and the purpose of this Northminster church. Salvation is claimed when you begin to trust in Jesus, and invite him to be your Lord and Savior.

The realities of heaven and hell relate to our experience in life and especially beyond human death. Heaven is the ongoing complete restoration of our life and soul to enjoy being in God’s presence and perfect order and with others who are saved. Hell is the absence of God’s presence, an eternal anguish of eternity without God’s peace.

After having its first service in July 1951, Northminster Presbyterian Church was officially organized on November 4, 1951 by the Presbytery of Southern Arizona under the auspices of the Board of National Missions of the Presbyterian Church in the USA. With just 44 charter members, services were held in the Gertrude Cragin Elementary School.

In 1954, the church bought the land we own today and started upon a three-phase plan to build a campus. On July 10, 1955, the congregation held its first service in the new Fellowship Hall. In September 1958, the Christian Education Building (now known as the Administration Building) was first used. And on December 20, 1970, our beautiful sanctuary was dedicated.

Northminster continued to grow through the years and, in 1986, the Multipurpose Building was erected. This building allowed much needed space for a small kitchen, church nursery, library, a conference room and two other meeting rooms.

By the end of summer 1998, construction on a new, single-story 6,900 square foot Children’s Christian Education Building was completed. This building contains eight classrooms, one office and our church nursery and school. These multiple-use rooms were designed to accommodate all our children’s program needs from Sunday school to preschool and kindergarten. The facility opens onto a courtyard geared to children and family activities, including a playground and shaded area for all-church activities.

Our Growing With God campaign was the foundation for funding our Roy A. Johnson Memorial Pipe Organ. It was installed in December of 1998. This beautiful instrument has answered many great musical needs and inspires us in singing and giving glory to God. 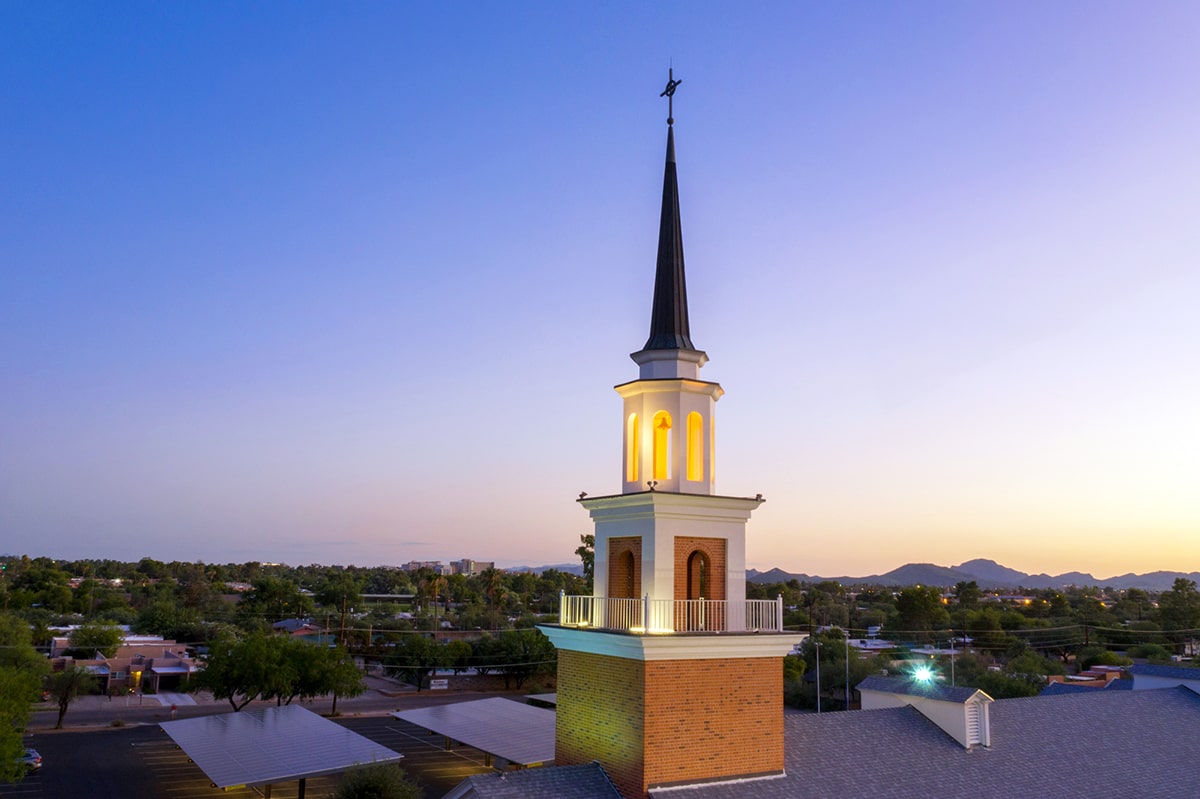 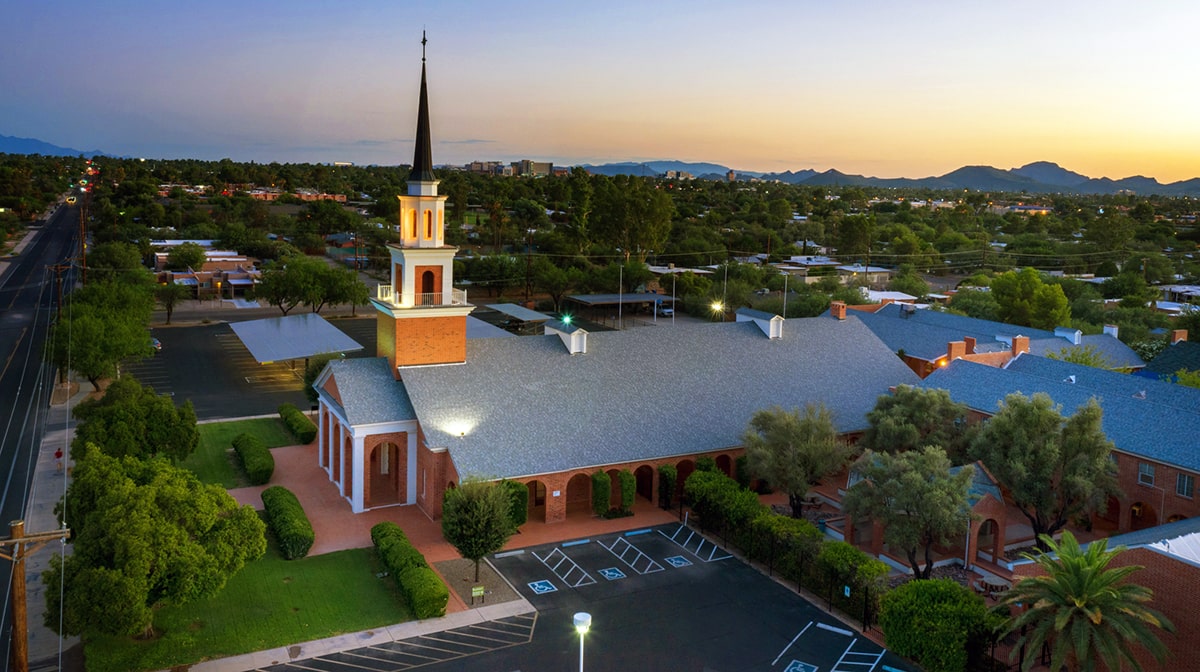 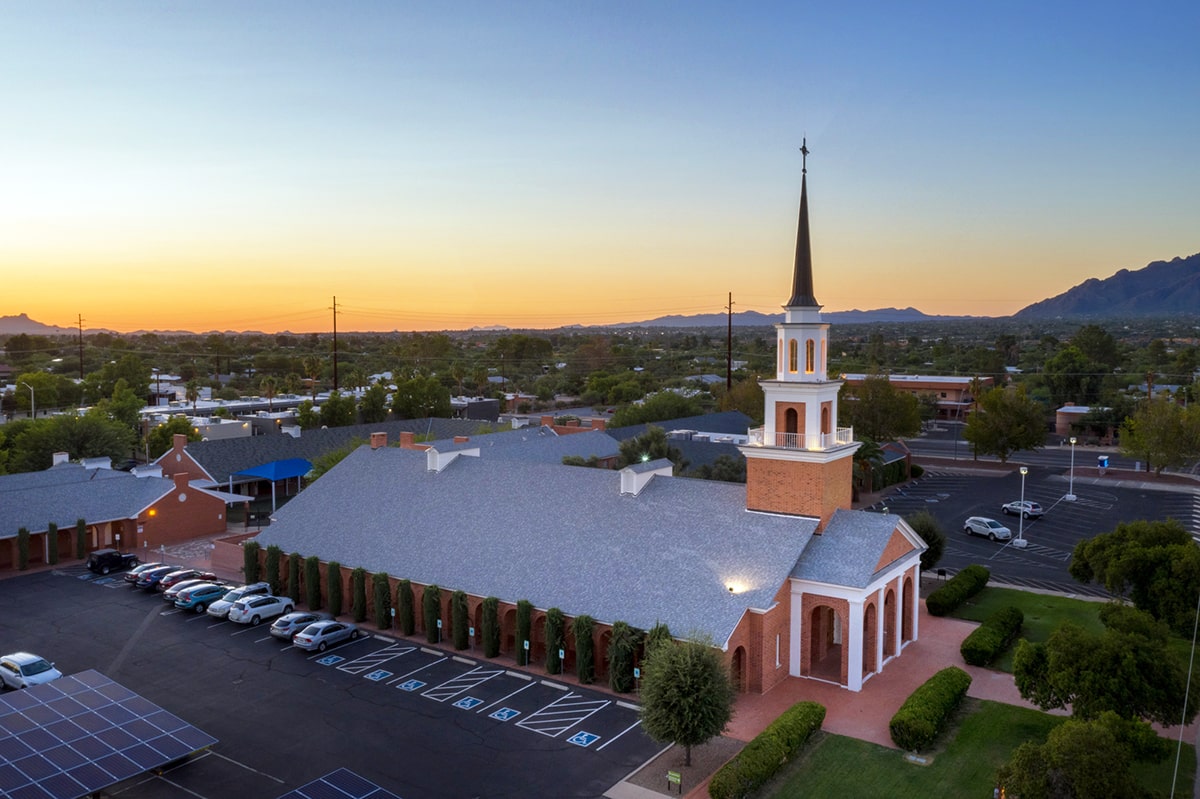 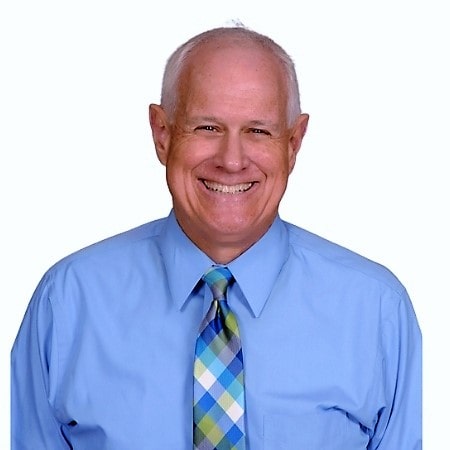 The Rev. Dr. Andrew G. Ross was called to Northminster on September 1, 1994, and is the Pastor/Head of Staff. Formerly, he served at the First Presbyterian Church of Yakima, Washington as Pastor for Evangelism and Church Growth, and as interim Co-Head of Staff.

Andy has a passion and heart for teaching and sharing the good news of God's love so that lives are transformed for the glory of God's kingdom. Andy and his wife, Michele, reside in Tucson with their son, two daughters and three grandchildren. 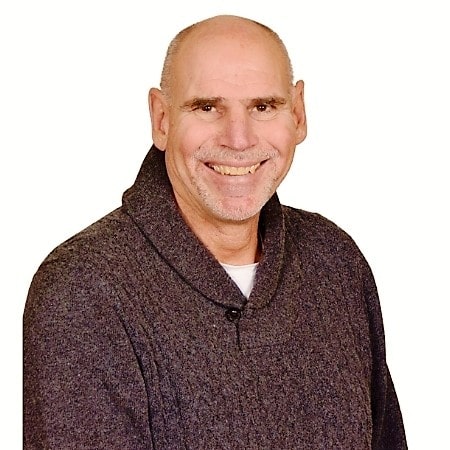 The Rev. Kenneth D. Skodiak joined the staff as Associate Pastor on September 10, 1995. He was born and raised in Ontario, Canada.

After public schooling, Ken earned a Master of Theological Study degree from Regent College in Vancouver, British Columbia. Upon graduation, he served the First Presbyterian Church of Walla Walla, WA as Minister of Youth. His emphasis on service trips for youth has made a significant Christian impact on many young lives.

Ken and his wife Nancy enjoy living in Tucson. Their grown daughter Mackenzie lives close by in Phoenix. His favorite Bible passage is 2 Corinthians 5:21, and a favorite saying is, “Jesus didn’t come to answer our questions, he came to question our answers.”